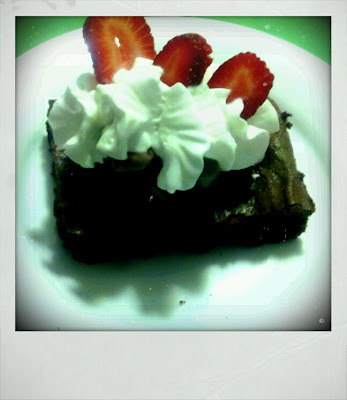 A cold winter's day was excuse enough to whip up a pan of brownies. I turned to the Ultimate Brownie Book for inspiration... 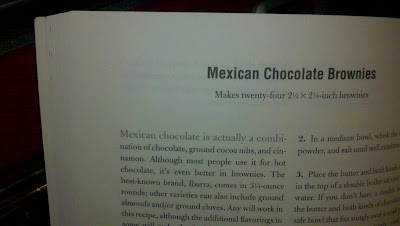 Mexican Chocolate Brownies, si! A perfect excuse to use some of the chocolate Mr. Homewrecker and I brought back from our honeymoon. 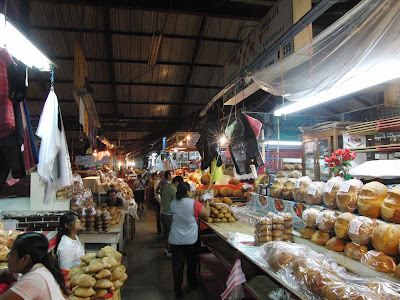 We spent part of our vacation in Oaxaca, a colonial city in the foothills of the Sierra Madre known as the culinary capitol of Mexico for its chilis and chocolate. We gorged ourselves on mole negro, mugs of hot chocolate, fresh string cheese and smoky mezcal. The only local specialty we didn't have the nerve to try were the popular snack chapulines -- spicy toasted grasshoppers. 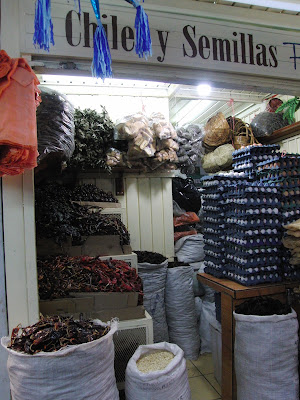 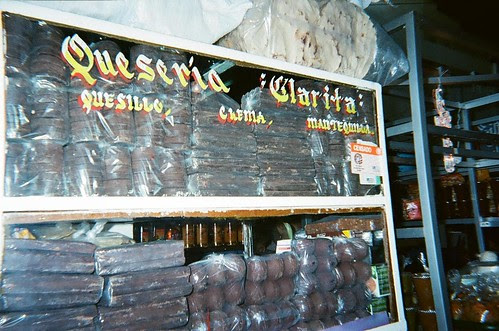 Somehow customs let us back into the US with suitcases full of chocolate bars, dried chilis, powdered lime (for the ceramic cookware we bought) and Mexican oregano. 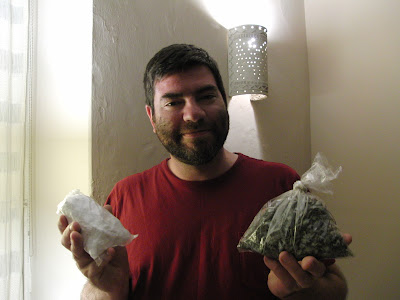 For the brownies, in a double boiler I melted down the Mexican chocolate bars, which have cinnamon, sugar and almonds blended in with the cacao nibs. I also added a tsp of chili powder to the recipe to give the brownies a little kick. 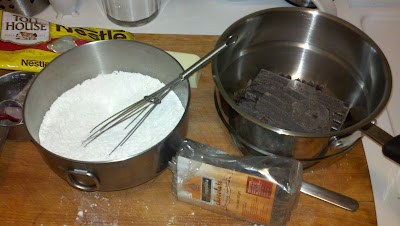 The resulting brownies were muy bueno. I just may have to return to Oaxaca to stock up on more chocolate soon. 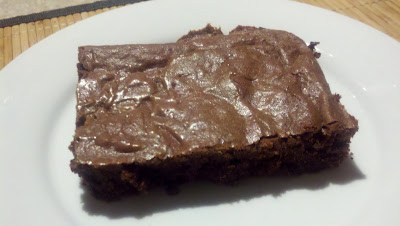 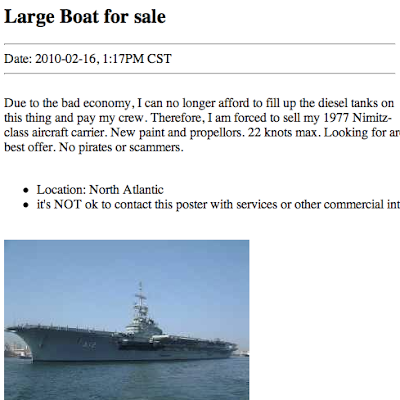 Yesterday I put some paper lanterns from our wedding up on Craigslist. Then this happened:
1:48am [text from stranger]: "Can I buy the lanterns tomorrow?"
Seriously? At 1:48am? I was already in bed, but not totally asleep, and since I was eager to sell the lanterns I wrote back:
1:57 am: "Yes you may. Please call or text anytime after 10am" [subtext: it's nearly 2am -- please leave me alone until 10am]
1:59am: "Cool! Where are you in Brooklyn?"
He or she continued to text me back two more times finally suggesting I walk a mile out of my way to meet him or her at the Atlantic Ave train station as it is on his or her way to work. What is the matter with people?
This is still not as crazy as the time I tried to sell a spare wedding dress on Craigslist only to end up in an attempted sceme to defraud me of a couple thousand dollars. When I caught wind of the situation, I started to play along by giving her a fake Western Union confirmation number and sending her to my "work address" -- a strip club way over on the west side of Manhattan.
I do think sometimes, however, about all the nice, seemingly normal people I've met over the years selling things on Craigslist, and I wonder where they are now and if, under different circumstances we could have been friends. The guy who worked at MTV and bought my headboard -- the same headboard I bought from a girl on Craigslist a few years earlier for $75 (and a $115 parking ticket). The girl who bought my kitchen chairs and struck up a convo about our shared hometown when she saw my Chicago flag tattoo. The girl who tried to carry a dozen cardboard boxes home on her bike when we put them on "curb alert." The guy who picked up six bags of charcoal from my office. The woman who was going to buy my George Foreman grill to send to her son in college, but then warned me that the scraped teflon was going to give us all cancer.
There's also the Craigslist roommates. The German girl working on a temporary visa. The blond girl from Florida who taught me to be streetsmart and whose brother chased a burglar out of the Williamsburg dive we called home at the time. The subletter who only stayed for a month and sat on the floor of my room listening to Nine Inch Nails with me. The Okie who we chose to live with based on little except that he wore a Pavement t-shirt, and who turned into a long time friend.
Late night text annoyances, parking tickets, fraud and general weirdos aside, Craigslist has been an endless source of not only great, cheap stuff, but interesting acquaintances.
Posted by homesweethomewrecker at 8:54 PM 4 comments: